The Japanese Airline Industry And Tokyo 2020 | Teleperformance
FILTER BY:

The Japanese Airline Industry And Tokyo 2020

It seems like yesterday that we were all watching the Rio 2016 Olympic games. Somehow a couple of years have already passed and we are now counting down the days to Tokyo 2020. The Japanese Olympic Committee is hard at work ensuring that the venues will be ready for testing from next year, but what about the companies in Japan that also need to be ready?

Airlines will be critical for Tokyo 2020. It’s the airlines that will help to move Japanese people around their country (in addition to the shinkansen trains) and bring foreign tourists to the country to support their athletes in the Olympic games. Over 12,000 athletes from over 200 countries will be competing at the 2020 Olympics and Japan is already experiencing a boom in tourism that is only expected to grow further by 2020. In 2017, almost 29 million foreign tourists visited Japan, which is three times the number of tourists Japan welcomed just five years ago.

A quick look around at the travel news shows that the major Japanese airlines are taking Tokyo 2020 seriously. The boom in tourism and such a major global event mean that their service will be under the spotlight.

JAL is investing ¥10 billion ($90 million USD) in customer experience projects before the Olympics. This is a combination of activities, but includes a complete change of uniform for all customer-facing employees so that they look friendlier. In addition, the investment will improve the flight check-in process and offer customers information about services in many more languages than just Japanese—they are expecting to be serving many foreign customers who cannot speak Japanese.

JAL is also creating an entirely new—as yet unnamed—airline that will offer budget tickets to Japan for customers in Europe, Asia, and the Americas. The target launch is expected to be just before the Tokyo 2020 Olympics. JAL and ANA have dominated air travel in Japan and the sophisticated high-speed rail network has depressed the need for a domestic budget airline, but this new venture is largely focused on bringing more visitors to Japan from overseas. ANA is investing heavily in increasing their international network and the current three-year plan means that there will be many new routes open before Tokyo 2020.

It’s clear that Tokyo 2020 is proving to be a catalyst both for the airlines in Japan and tourism in general. There are some exciting times ahead: Japan will soon be welcoming many more visitors for the Olympics, and also share our history and culture with the world. 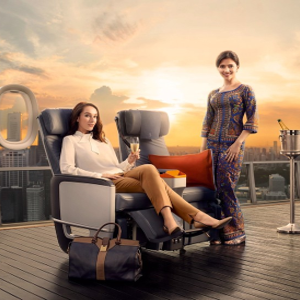 Singapore Airlines has once again been in the news for their approach to customer care. After a recent flight from Bangkok to Singapore every passenger received a complimentary tea set from TWG Tea to apologize for problems encountered with the onboard entertainment system. Even though it was not a particularly long flight, Singapore Airlines was… 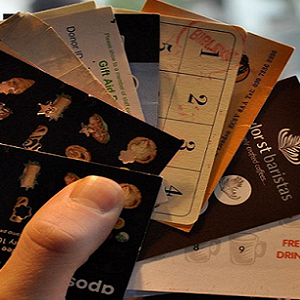 What Drives Loyalty In Australian Consumers?

Each year, the Teleperformance Customer Experience Lab (CX Lab) speaks to consumers all over the world to understand more about how customers interact with companies, what their preferred channels would be to interact and the impact the interaction had on the company brand and what this does for their loyalty. In 2018, the CX Lab… 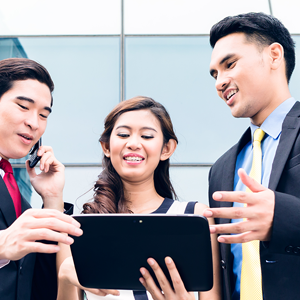 The Evolution of Consumers in Indonesia

The consumer market in Indonesia is evolving quickly. With almost 270 million people and a GDP that places Indonesia inside the biggest 20 economies globally, it is no surprise that growth is taking place, but consumer behavior is changing at the same time. An interesting trend identified by McKinsey shows that even if consumption is increasing,…

GET IN TOUCH
WITH OUR EXPERTS

What Drives Loyalty In Australian Consumers?

The Evolution of Consumers in Indonesia